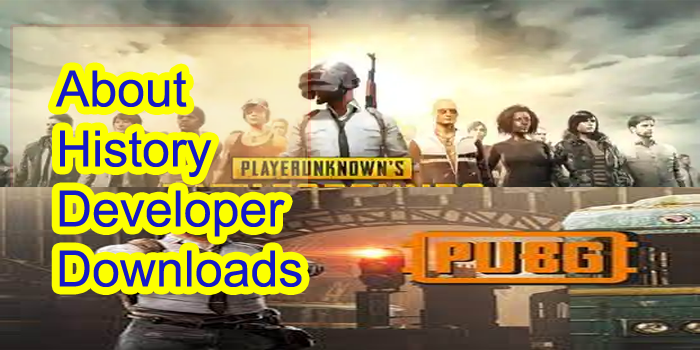 Dear friends, I know you must know the PUBG Mobile,  today we will discuss about the game of PUBG. Some peoples know this game with different name PLAYER UNKNOWN BATTLEGROUND, PUBG Mobile and BGMI(Battle ground mobile India).

Now in the world most of young playing this game and more than 10 Billions downloads are available. In some of country young generation spending most of time in this game. Now PUBG breaks all records of same category of games in the world. So guys today will we discuss about the Development process , Design process and how to develop this game. But first of all we will discuss about this game.

PUBG is the multiplayer and survival game. This game is based on a Japanese movie(Hanger Games). In this movie the government pick few students and through them on a unknown island through the plane with the help of parachute. They will survive with food, drinks and with weapons and kill each other till the last one player is alive.

But in the PUBG Mobile game multiple playing modes are available , Player have few options that they can play single , 2 team members or in 4 team members. All the player will be live players. For communication PUBG mobile have live call conversion during the match and few emoji.

So when game will start then they will be on a take off place for 1 minutes and represent their strength to each other and show their dresses and impressions to each other. After a 1 minute all the players will take off with the help of a plane. The plane will move from one point to another over the map and the players will jump single or with the team as per their interested locations. When they land on the map or an island their surviving process start.

Now they will survive with drink, medical kits, and weapons that found in houses or nearby objects in the game and they will kill each other till the last one player alive or last team alive.

In order o make game more interactive some attractions are added in the game later. First is the Blue Zone and second is the Red Zone.

Blue zone will shrink with a time interval and the play who are in the Blue zone will be face problems and problems is that their health will reduce quick till he comes in the safe zone. When Blue zone shrink more and more the health reduce with more speed. Some players mostly dead in Blue zone.

The second zone is the Red zone where Air strike happened on some random places in the map and players try to escape from the red zone and try to hide them self in houses.

For traveling some vehicles or motor bikes are available in the game. When strike happen between them then points collected by head shot, strike rate, hit rate etc.

When a player injured then their team will help to recover or review team member and in some case the player can died in strike.

So guys this was the brief about the PUBG game now we will discuss about the history , struggle and development phase of PUBG mobile.

Brendan Greene named a designer was the god father of PUBG. Brendan Greene was a photographer who was designing a model for DAYZ which was make a standalone game with a time and separate in other game ARMY 3 and now Brendan Greene developed designing the models of Army 3. Since the design remain complete The SONY online entertainment company which known by a name DAYBREAK gave a offer to work Brendan Greene with them.

They start the game on early access and with in a month 100 millions round player online and became too much popular in one month and then they changed the name of Bluehole to PUBG Corporation and they earn 11 millions us dollors. Then a new company came front known by Tancent games. This was a chinese company and they started this game globally.

Now pubg have 500 billion downloads and became most popular game in the world.

The pubg game first launched for window and xbox but later Tancent make a version for mobile gaming and so Tancent Games known today as the father of PUBG version.

So guys this was the history of PUBG game if you like and need some information you can comment below.