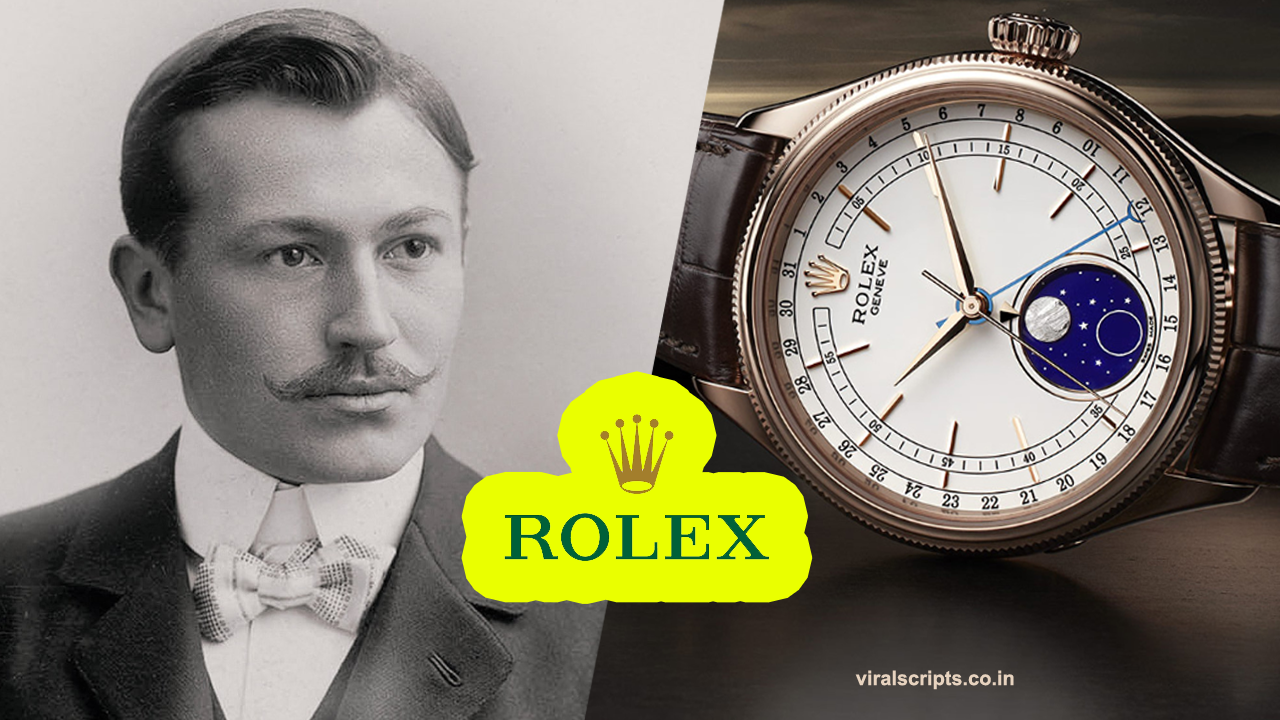 Friends i am sure , Many of us wear the watch and watch tells us the time. But now days young generation mostly watch the time from mobile or from other smart watches. Some of us have Titan, Armani, Android, Samsung, HMT types of watch. All these watch shows us the same time every where. Although these shows the same time then why some on them are most expensive.

So guys , today we will discuss here one of expensive watch name- Rolex. Friend , if i will tell all the interesting facts about that then we will also became the fan of Rolex. This watch just not expensive due to some expensive metals or elements. This watch have some extraordinary feature those make Rolex something special to all watches.

First of all we will know, What is Rolex, Where this watch manufacture and who was that great person behind the success of Rolex watch.

Friend Rolex is a brand which is known specially for their luxury and expensive watches.

The story begins from since 1881, A child born with in a small town that have name Wilsdorf. in just 12 age , He lost her parents. He became orphan. Those days was most difficult, time was so bad.Most of countries was under England. He has completed his education from a simple government school and the condition of school those time was very very poor.

When Wilsdorf was 19 years old then with the help of a friend he started a job in watches company. That company makes watches and also import and export the watches from outside. During this job, he gave some time to learn how to work the watches and what are the principles of watches.

Time was passing, and Wilsdorf was learning the basics of watches. Those days watches was a special invention and And there was a different mourning in the people about the clocks, people used to see the clocks as some special machine, they looked like a magical show.

Time passed and Wilsdorf became perfect at making watches. Now Wilsdorf had a lot of questions in his mind and the pond had increased to move forward, by that time Wilsdorf had also been married. In the year 1905, Wilsdorf started his own company with the financial help of his brother-in-law.

Now in his company, they start to make watches and also start the work of import and export of watches from outside due to heavy demand of watches in market.

In 1908, Wilsdorf registered this company with a name : Rolex. Company was working well and he also open a new branch in Switzerland.

But in Year 1919, England government raise the charges of tax. Wilsdorf  was not able to work now in England due to heavy tax. So he closed his England branch but work of Switzerland branch was continue in flow.

Thats why the reason, Now Rolex headquarter also available in that branch.

How to Rolex watches became popular :

Wilsdorf was a very imaginative person, he wanted his watch to be completely different from the ones sold in the market and this craze helped him to make the right decision about the watch. He used to test the clocks very closely from time to time, sometime he soaked the watch in water and sometimes he used to do high water pressure test on them. So sometimes by using heavy magnitude, sometimes by using magnetic power. And thanks to these tests, he made his pod water proof watch in the year 1926. Which was very popular in the market of that time and the demand for Rolex watches was tied.

But Wilsdorf still did not stop, he went on test on test and later in 1945 he added a new feature to his watch and that was date, he also gave the option of date in his watch which tells the date along with the time. Was. Due to this feature, orders of professionals increased. At that time the biggest celebrities became addicted to Rolex.
But Wilsdorf was about to stop eating, he kept lying in his clocks from time to time and kept climbing the ladder of success. Friends, the Rolex watch you are seeing today is not a brand made in a day or two. It took time to become it, it took effort to become it, it took a passion to become them.

Let us tell you that when Edmund Hillary climbed Mount Everest in 1953,  He was wearing a Rolex watch at that time.

Even after having such a heavy Magnitude, there was no difference of even a second in their time. In such a cold and snowy time, the Rolex watch ran on its own time without stopping without breaking.

If she had been wearing some other watch at that time, then she might have had to face some difficulties in climbing.

Even divers used to jump in the sea wearing a Rolex watch, which ran well under such water pressure even under 100 meters of water.